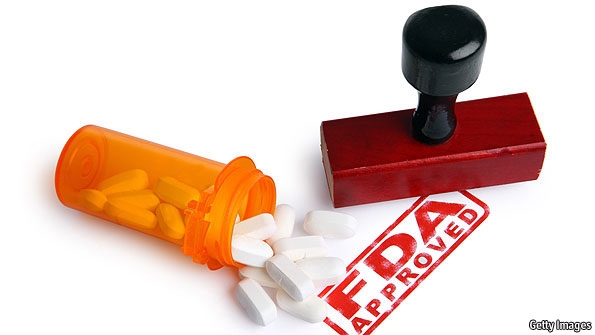 It takes eight years on average for a drug to receive approval from America’s Food and Drug Administration (FDA) after clinical trials have been successfully completed. Some patients of amyotrophic lateral sclerosis (ALS), with a life expectancy of two to five years after diagnosis, do not want to wait that long. Since September 2011 some of those diagnosed with the fatal disease have taken to injecting themselves with a substance whose chemical identity they deduced from published literature, and which they claim is currently being clinically tested.

Also known as Lou Gehrig’s disease, ALS, for which May has been the awareness month in the United States since 1992, causes rapid nerve-cell damage in the brain and spinal cord leading to a loss of muscle control. Breathing and swallowing are usually among the first to be affected, significantly reducing the quality of life. Although using substances which have not been approved by regulators like the FDA can be dangerous, easy availability of scientific literature and online support groups to swap usage information, more people with rapidly-progressing, fatal diseases like ALS are second-guessing drug makers.

In November 2010 Neuraltus Pharmaceuticals, an American firm developing ALS treatments, reported positive “phase I” trials for the drug codenamed NP001. (Phase I is the first of three stages of human clinical tests in which the drugs are primarily screened for safety.) Based on published papers and patents, Eric Valor, an ALS patient who did not participate in the trial, concluded that NP001’s active ingredient is sodium chlorite, a chemical used mainly in bleaching paper pulp or to disinfect water.

Although Neuraltus is still keeping the true identity of NP001 under wraps, Mr Valor’s conjecture prompted a number of patients, including some who had participated in the NP001 trials, to start taking sodium chlorite last September. They also began sharing data on dosage, therapeutic effect and side-effects on sites like PatientsLikeMe. In effect, they conducted a crowd-sourced clinical trial.

When pharmaceutical companies test a drug’s efficacy they tend to plump for randomised, double-blind trials. They are randomised because patients who get the medication and those who receive a placebo are drawn at random, eliminating selection bias, and double-blind because neither the patient nor the doctor knows whether the substance administered is the real thing or a sugar pill.

Self-medicating groups like those on PatientsLikeMe clearly lack such controls. However, in a paper published last year in a respectable journal, Nature Biotechnology, the founder of PatientsLikeMe, James Heywood, and his colleagues showed that randomisation can be mimicked by feeding results from patient networks into clever algorithms; though such pseudo-randomised trials still lack blinding and are therefore no substitute for fully fledged clinical research like that being undertaken by Neuraltus for NP001, whatever its actual composition.

Mr Heywood’s piece of citizen science showed that another substance, lithium carbonate, was ineffective in treating ALS, a result confirmed by traditional trials. Sodium chlorite may yet suffer the same fate. That is a risk some ALS patients are willing to take.