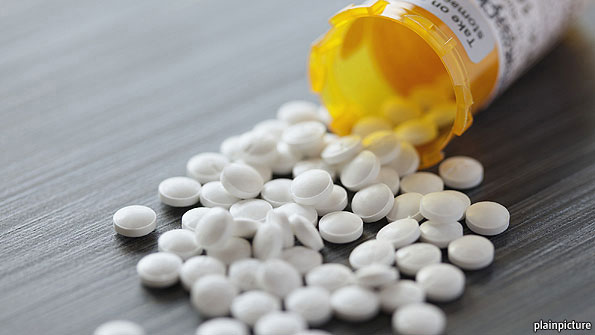 Exploding research costs and falling sales: there seems to be no cure for the pharma industry’s two big afflictions. But it may have found a way to both cut costs and open up new markets: repurposing drugs already approved for treatment of one disease or those that failed to gain approval in the late stages of development. Alas, this is not as easy as it sounds—mostly for legal reasons.

Finding new uses for old or failed drugs is on average 40% cheaper than inventing a new drug from scratch: it allows to skip the early stages of development. Since coming up with a new drug can cost more than $1 billion, such savings are nothing to sneeze at. Repurposing also trims the risk of failure because new drugs hit a dead end mostly during the early stages of development.

In 2007, a report in Nature, a science journal, counted 41 drugs that have found new uses. But there should be many more, experts say. This is why America’s National Institutes of Health, the country’s biggest government agency financing drug research, and the Medical Research Council, its British counterpart, each have launched new grant programmes. Worth $20m and £10m ($15m) respectively, they are meant to allow university researchers analyse failed drugs from big pharma firms such as Pfizer, AstraZeneca and Eli Lilly and see whether they can be repurposed.

Yet such schemes are not enough, as work by Grant Churchill, a researcher at Oxford University, shows. In a recent paper in Nature Communications, another science journal, he describes how he and his colleagues looked for a drug to treat bipolar disorder, which causes uncontrollable mood swings. Instead of developing a new compound, they tested a library of known ones and found that ebselen, a drug first developed to treat stroke, was a candidate. Their claim, based on animal tests, is that ebselen is as good as and much safer than lithium, currently considered the best treatment for bipolar disorder.

But this was where things hit a hurdle that is hard to overcome. Universities do not have the money to further develop promising drug candidates that need to be tested on a large scale. Expensive human trials are usually carried out by pharma firms, which own the patent for a drug and thus can hope to make their money back. But in the case of many repurposed drugs, like ebselen, the patent has expired. Filing for a new one, which is possible, is not of much help: patients could simply buy versions of the drug which are already available from other makers.

One way of solving this problem would be to change the patent system, for instance by extending the length of patent protection, but this could hamper innovation in other ways. A better solution, argues Benjamin Roin, a law professor at Harvard University, is to have regulators grant the drugmaker that has repurposed the drug some exclusivity and thus time to recover research costs: it is rare that a drug is used in the same form and the same dosage for two different diseases; regulators could wait a few years before they allow other firms to offer the drug for the new purpose. If old drugs can learn new tricks, regulators should do so, too.