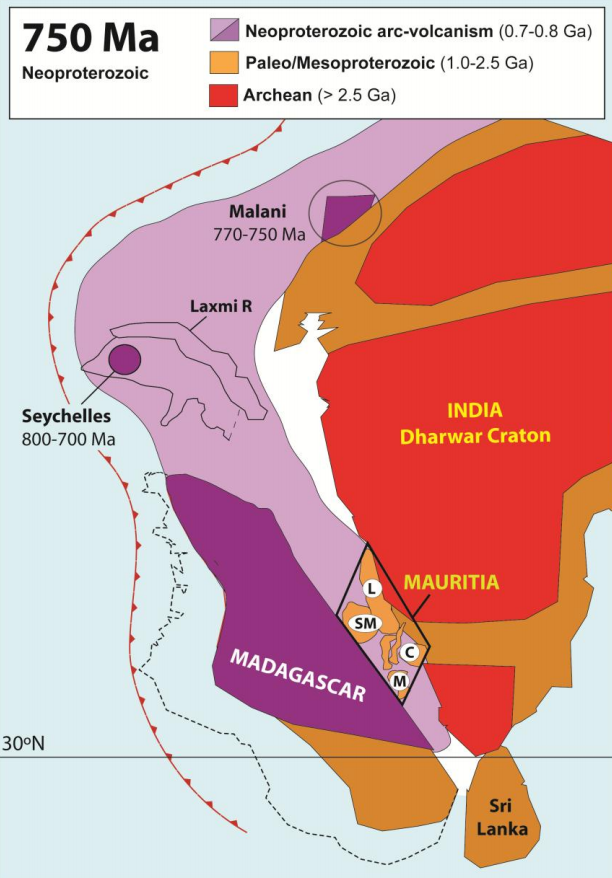 Scientists have discovered a submerged continent in the Indian ocean, between Madagascar and India. According to sediments found on the coast of Mauritius, at some point during the last 2 billion and 600 million years ago, there was an archipelago that separated from Madagascar and the Indian sub-continent. They then got submerged during the tectonic plate movements that resulted in the way land masses exist today.

M in the image stands for Mauritius