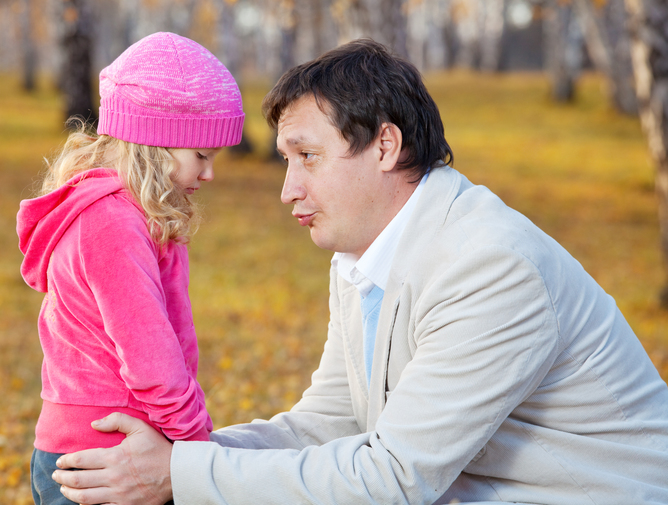 Father’s involvement in raising a child, on average, brings good news. It leads to lower child mortality and better social, psychological and educational outcomes. So why do some men choose not to invest in their children? According to a new study, at least part of the reason may be related to testicle size and testosterone levels.

According to evolutionary biologists, animals evolve to deal with a trade-off between mating and parenting efforts. Given finite amount of energy and time, males will spend it either searching for more mates or nurturing children. James Rilling, an anthropologist at Emory University, wanted to test whether this claim has a biological basis in humans.

Testicles produce testosterone, but their main role is to make sperm. And testicle size has previously been associated with reproductive success and prediction of mating strategies. Thus, according to Rilling, testicle size could give more information about parenting behaviour than testosterone alone.

For his study, Rilling recruited 70 families to undergo an experiment. These families had a father, a mother and a child less than three years old. Mothers were asked to fill out a questionnaire about the father’s parenting skills and involvement. While recording the answers, Rilling’s team took pictures of children to show happy, sad and neutral states.

Then, the fathers were asked to give a sample of their blood to measure testosterone levels and get their brains scanned in an MRI (magnetic resonance imaging) machine while their kid’s picture was showed to them. This was to measure how much nurturing-related activity was seen in the brain when the pictures were shown. Rilling also made one more measurement using an MRI scan – the volume of the men’s testicles.

On crunching the data, as reported in the Proceedings of the National Academy of Sciences, Rilling found that lower testosterone levels and smaller testicles are correlated with better parenting and more nurturing-related brain activity among those tested.

The result is not entirely surprising. Among primates, testicle size has been positively correlated with promiscuous behaviour. Chimpanzees, for instance, are especially promiscuous and sport testicles twices as big as humans. But gorillas, known to take extra care of their young, have relatively smaller testicles.

Also before we can draw concrete conclusions in humans, a number of caveats need to be considered. “First,” Rilling said, “we are assuming that testicle size is driving parenting behaviour. It may instead be that testicles become smaller as a father pays more attention to the child.”

“Second,” Rilling continued, “testicle size may be related to genetic factors or environmental factors that we are not aware of. For example, may be boys whose fathers are absent may grow to have bigger testicles. We don’t know.”

There are other caveats. The study involved volunteers who were all married and currently in a relationship. Those who volunteered for the study may in general be more enthusiastic fathers. Peter Gray, an anthropologist at the University of Nevada, Las Vegas, also pointed out that “This is a culturally limited sample – about 70 fathers from the Atlanta area. Paternal behaviour can be quite variable around the globe.”

Nevertheless knowing how testosterone and testicle size affect parenting will help improve our understanding of how evolution affects human behaviour. It could also help develop medicinal treatments for dealing with extreme cases, say, of abusive fathers.

1 thought on “Fathers and testicles”