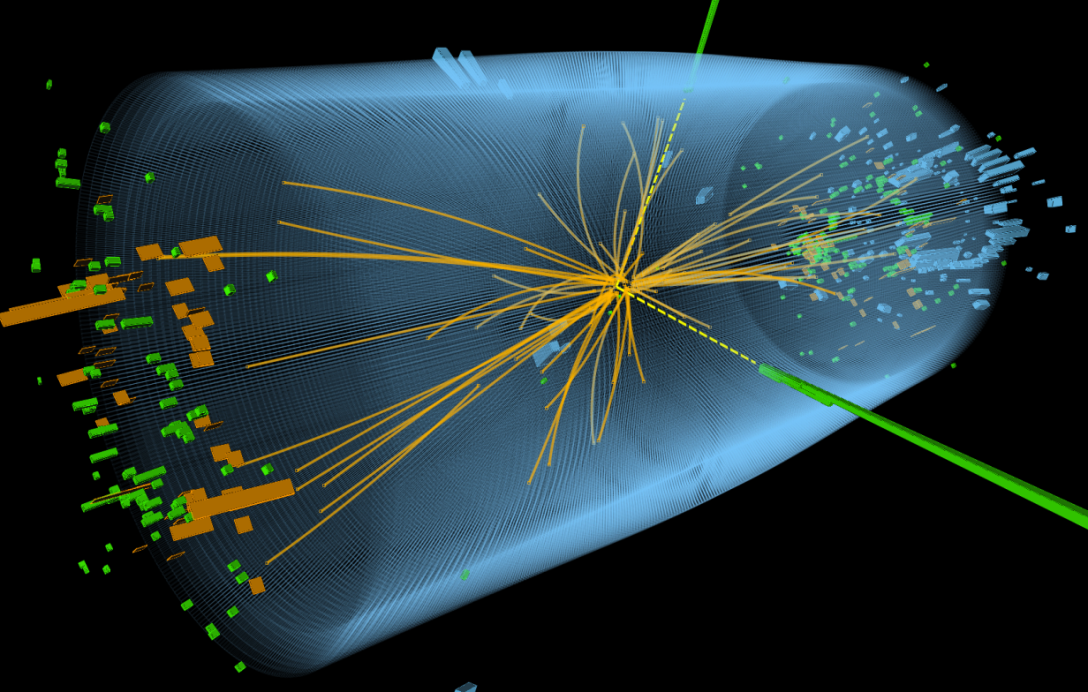 This time the pundits were right. The 2013 Nobel Prize in Physics was indeed awarded to the discovery of the Higgs boson. Peter Higgs and François Englert shared the prize for suggesting the mechanism that gives subatomic particles their mass.

The Higgs boson is a key part of the Standard Model, which is by far the best theory we have to explain how the universe works at the basic level. If the Higgs boson were not to exist, physicists would have had to go back to the drawing board.

The easiest way to understand the importance of the Higgs boson is to go back to the beginning of the universe. After the Big Bang, for a short time, all particles were massless. But soon after, when the temperature fell below a trillion degrees, the Higgs field switched on. Some particles interacting with this field slowed down and others did not. Those that did such as protons and neutrons gained mass, while others like photons and gluons remained massless. Only when this happened did matter, as we know it now, come to existence in the form of atoms.

This is what Englert and Higgs suggested independently. But others at the time were involved too. In 1964, six physicists came up with similar ideas. First was Englert at the Université Libre de Bruxelles who did it with Robert Brout. Then Higgs at the University of Edinburgh did it on his own. And finally it was a group of three researchers from Imperial College – Thomas Kibble, Gerald Guralnik and Carl Hagen.

These others, many lament, deserved credit too. That though would not have been possible. “It is no surprise that the Swedish Academy felt unable to include us, constrained as they are by a self-imposed rule that the Prize cannot be shared by more than three people,” Kibble said of him and his colleagues. Another candidate would have been Robert Brout, Englert’s colleague, were he still alive.

Still others decried the prize-awarding committee’s exclusion of experimentalists who proved the existence of the Higgs boson. The Large Hadron Collider (LHC) outside Geneva, where these experiments were conducted by the Atlas and CMS teams, was acknowledged in the official citation, but the rules of the prize restrict it to be given only to individuals.

Jon Butterworth of University College London, who was involved in the Higgs experiments at the LHC, wrote:

The discovery of a Higgs boson, showing that the theoretical ideas are manifested in the real world, was thanks to the work of many thousands. There are 3,000 or so people on Atlas, a similar number on CMS, and hundreds who worked on the LHC.

Paul Newman at the University of Birmingham, who is also involved in work at the LHC, said, “At first sight, the Higgs mechanism is a very strange idea.” So it is fitting that, 50 years after the theory was suggested, it took the world’s biggest experiment, thousands of scientists and many billions of pounds to prove the existence of the Higgs boson and thus the Higgs mechanism.

However, the repeated delays in this morning’s announcement of the prize, as the committee debated over who to give the prize to, were a sign that the most-deserved prize will also remain one of the most controversial ones.