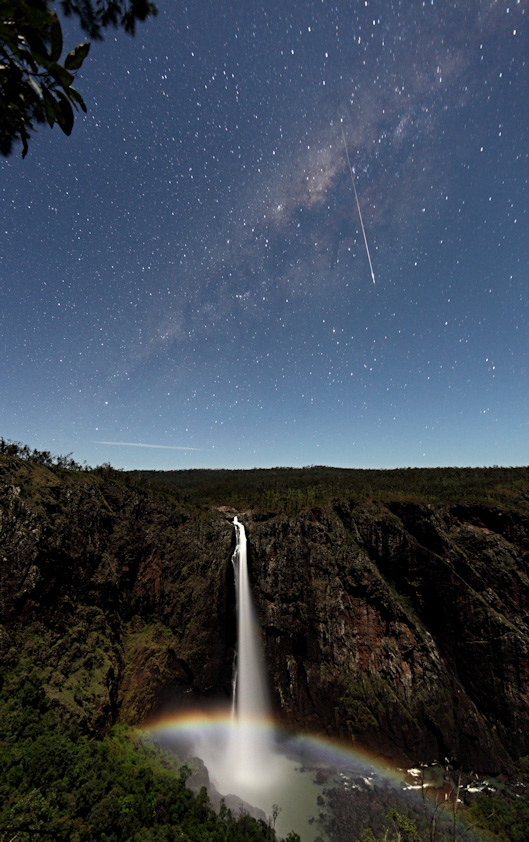 The Wallaman Falls are notable for their single-drop of 268 metres, which is Australia’s highest permanent waterfall. The pool at the end of the waterfall is 20 metres deep.

The waterfall is formed by a tributary of the Herbert River, Stony Creek, which plunges over an escarpment in the Seaview Range. The geological history of the formation may be traced back some 50 million years, when the uplift of the continental margin in this region resulted in the ancestral Herbert River to change its course from westwards to eastwards. As a result it began to cut through the raised igneous substrata en route to its outflow in the Coral Sea. (via Wikipedia)