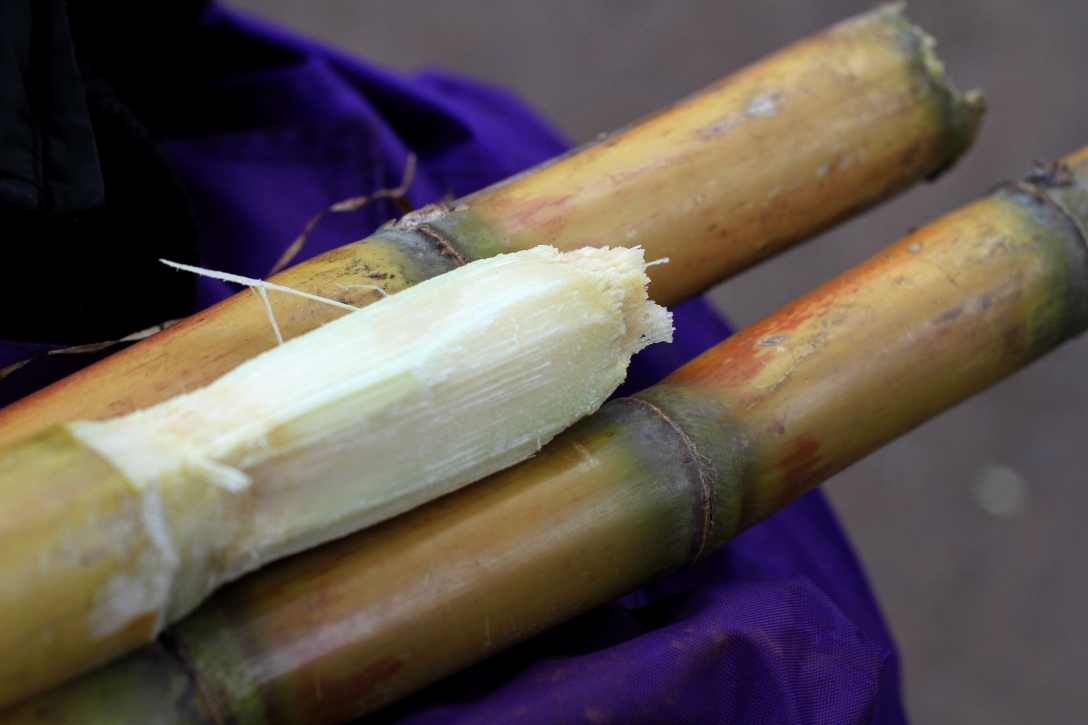 1.  A brief history of sugarcane cultivation in India

“Even earlier than Nehru, Professor C.V. Raman saw the spark in her and made her a Foundation Fellow of the Academy. Years later, in 1957, she was elected to INSA — the first woman scientist elected to any of the science academies in India. She was also awarded the Padma Shri in 1957. Having led a full life, she breathed her last on February 4, 1984. Think about it; every time you bite a sugarcane, or a lump of gud or vellam, you are enjoying the fruits of toil of Barber, Venkataraman and Janaki.” (5 min read)

2. How would India handle an Ebola outbreak?

“That’s why in Nigeria’s largest city Lagos, where the majority of the country’s 20 cases were discovered, authorities urged people not to urinate or defecate in drains, dump sites and open spaces. The move is perhaps one reason why Nigeria has successfully contained the epidemic, with no new cases since Sept. 8. In India, around 600 million people defecate in the open. A lack of toilets and in some parts a cultural preference for going outdoors would make it almost impossible for similar public health advice to have the same effect.” (8 min read)

“Desai believes it is commendable that the policy goes beyond treatment of mental illness to prevention and promotion of mental health, but hopes that the Action Plan keeps Indian cultural contexts in mind while implementing policies for prevention and promotion. “While talking about policies for treatment of mental ailments, there is reasonable uniformity in approach,” said Desai. “But when it comes to personality development and seeking happiness, the Action Plan must keep cultural aspects in mind.”” (4 min read)

4. What is the true cost of sanitation?

“This is just a snapshot of what it will take to achieve sanitation that delivers on the promise of public health and personal dignity that we as a society seek. Are we prepared to bear this true cost? Let’s just take the Rs.12,000 subsidy the government has promised those who will construct toilets. There are 111.10 million households that would need toilets. That totals up to Rs.1.34 trillion for the toilet construction alone. It becomes easier to choose when we look at the true cost of not providing safe sanitation to all. A study by the Water and Sanitation Programme and others has estimated this at 6.4% of GDP of India in 2006. Not included in this is the cost of wasting the fertilizer and soil regeneration value of the human waste of a billion people.” (6 min read)

“Systems of many interacting components — be they species, integers or subatomic particles — kept producing the same statistical curve, which had become known as the Tracy-Widom distribution. This puzzling curve seemed to be the complex cousin of the familiar bell curve, or Gaussian distribution, which represents the natural variation of independent random variables like the heights of students in a classroom or their test scores. Like the Gaussian, the Tracy-Widom distribution exhibits “universality,” a mysterious phenomenon in which diverse microscopic effects give rise to the same collective behavior. “The surprise is it’s as universal as it is,” said Tracy, a professor at the University of California, Davis.”” (12 min read)

“When the price of black gold falls, businesses and individuals cheer but oil-exporting countries suffer. According to research from Deutsche Bank, seven of the 12 members of OPEC, an oil cartel, fail to balance their budgets when prices are below $100. Last month Venezuela, a particularly inefficient member of the cartel, saw its bonds downgraded. One non-OPEC member in particular is in trouble: Russia. Economic growth is already poor. Further drops in the oil price could be very painful. After all, oil and gas make up 70% of Russia’s exports and half of the federal budget.” The Economist has the full story.