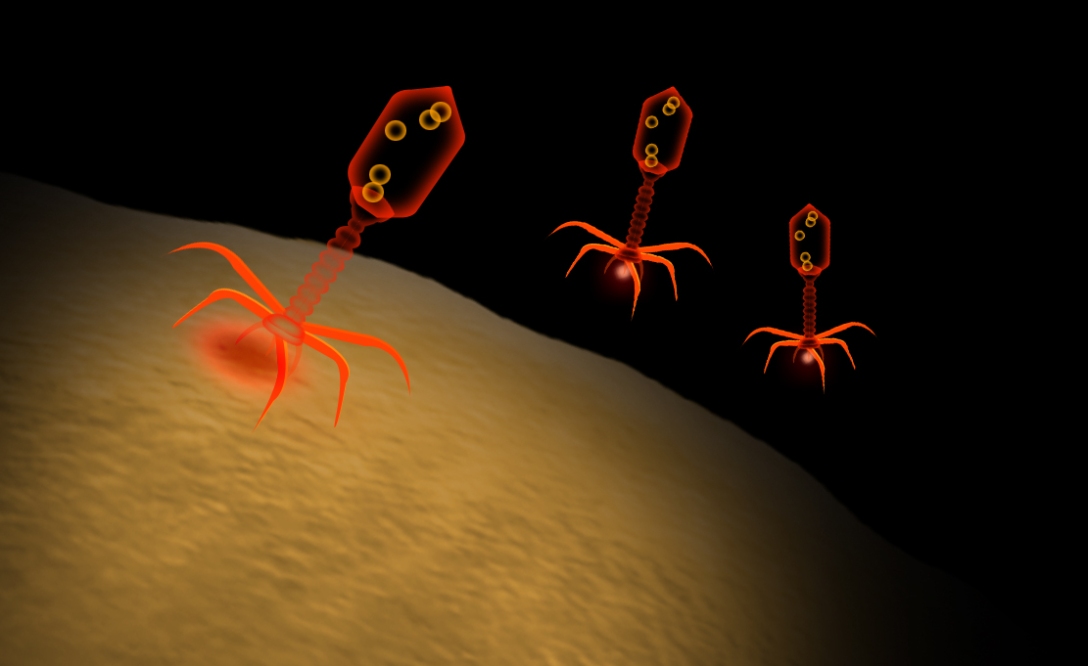 Bacterial diseases cause millions of deaths every year. Most of these bacteria were benign at some point in their evolutionary past, and we don’t always understand what turned them into disease-causing pathogens. In a new study, researchers have tracked down when this switch happened in a flesh-eating bacteria. They think the knowledge might help predict future epidemics.

The flesh-eating culprit in question is called GAS, or Group A β-hemolytic streptococcus, a highly infective bacteria. Apart from causing flesh-eating disease, GAS is also responsible for a range of less harmful infections. It affects more than 600m people every year, and causes an estimated 500,000 deaths.

These bacteria appeared to have affected humans since the 1980s. Scientists think that GAS must have evolved from a less harmful streptococcus strain. The new study, published in the Proceedings of the National Academy of Sciences, reconstructs that evolutionary history.

James Musser of the Methodist Hospital Research Institute and lead researcher of the study said, “This is the first time we have been able to pull back the curtain to reveal the mysterious processes that gives rise to a virulent pathogen.”

Musser’s work required analysis of the bacterial genetic data from across the world – a total of about 3,600 streptococcus strains were collected and their genomes recorded. It revealed that a series of distinct genetic events turned this bacteria rogue.

First, foreign DNA moved into the original harmless streptococcus by horizontal gene transfer – a phenomenon that is common among bacteria. Such DNA is often provided by bacteriophages, viruses that specifically target bacteria. Picking up foreign genes can be useful because it can improve the bacteria’s survival.

In this case, the foreign DNA that was incorporated in the host’s genome allowed the streptococcus cell to produce two harmful toxins. A further mutation to one of these toxin genes made it even more virulent.

According to Musser, another horizontal gene transfer event made a good disease-causing pathogen into a very good one. The additional set of genes allowed it to produce proteins that suppress the immune system of those infected, making the infection worse.

Marco Oggioni of the University of Leicester said, “Because this study used data of the entire genome, all the genetic change could be observed. This makes it possible to identify molecular events responsible for virulence, as you get the full picture.”

Musser could also accurately date the genetic changes in GAS by using statistical models to, as it were, turn back the clock on evolution. They say the last genetic change, which made GAS a highly virulent bacteria, must have occurred in 1983.

It is the same story for many other countries, with Sweden, Norway, Canada and Australia falling victim to what is now an inter-continental epidemic. The symptoms ranged from pharyngitis to the flesh-eating disease, necrotizing fasciitis.

“In the short term, this discovery will help us determine the pattern of genetic change within a bacteria, and may help us work out how often bacterial vaccines need to be updated,” Musser said. “In the long term, this technique may have an important predictive application – we may be able to nip epidemics in the bud before they even start.”

What Musser is suggesting is that if enough bacterial genomes are regularly recorded and monitored, there is a chance that mutations or gene transfers, such as those GAS experienced, could be found ahead of time.

But Oggioni is sceptical. “While making such predictions may not be possible, this research will have other applications,” he said. “Knowing which genetic changes happen when can help tailor drug discovery research in a certain direction.”

Oggioni added that Musser’s work with GAS is only a model. Using Musser’s methods to record the evolutionary histories of other pathogens could be quite useful to tackle the diseases they cause now and, perhaps, even those that they may cause in the future.

What is the commonest living thing on Earth? Until now, those in the know would probably have answered Pelagibacter ubique, the most successful member of a group of bacteria, called SAR11, that jointly constitute about a third of the single-celled organisms in the ocean. But this is not P. ubique’s only claim to fame, for unlike almost every other known cellular creature, it and its relatives have seemed to be untroubled by viruses.

As Jonathan Swift put it in a much-misquoted poem, “So, naturalists observe, a flea/Hath smaller fleas that on him prey”. Parasites, in other words, are everywhere. They are also, usually, more abundant than their hosts. An astute observer might therefore have suspected that the actual most-common species on Earth would be a “flea” that parasitised P. ubique, rather than the bacterium itself. The absence of such fleas (in the form of viruses called bacteriophages, that attack bacteria) has puzzled virologists since 1990, when the SAR11 group was identified. Some thought the advantage this absence conferred explained the group’s abundance. But no. As they report in this week’s Nature, Stephen Giovannoni of Oregon State University and his colleagues have discovered the elusive phages. Swift’s wisdom, it seems, still holds good.

Tracking down a particular virus in the ocean makes finding a needle in a haystack look a trivial task. A litre of seawater has billions of viruses in it. Modern genetic techniques can obtain DNA sequences from these viruses, but that cannot tie a particular virus to a particular host.

To do so, Dr Giovannoni (pictured) borrowed a technique from homeopathy: he diluted some seawater to such an extent that, statistically speaking, he expected a 100-microlitre-sized aliquot to contain only one or two viruses. The difference between his approach and a homeopath’s was that what homeopathy dilutes almost to nothing are chemicals, and thus cannot breed. A virus can, given a suitable host. So he mixed each of several hundred aliquots into tubes of water containing P. ubique. Then he waited.

The race is to the Swift

After 60 hours, he looked to see what had happened. In most cases the bacteria had thrived. In a few, though, they had been killed by what looked like viral infection. It was these samples that he ran through the DNA-sequencing machine, in the knowledge that the only viral DNA present would be from whatever it was had killed the bacteria.

His reward was to find not one, but four viruses that parasitise P. ubique. He then compared their DNA with databases of DNA found in seawater from around the world, to find out how abundant each is. The upshot was that a virus dubbed HTVC010P was the commonest. It thus displaces its host as the likely winner of the most-common-living-thing prize.

That does depend, of course, on your definition of “living thing”. Some biologists count viruses as organisms. Some do not. The reason is that a virus relies for its growth and reproduction on the metabolic processes of the cell it infects. This means viruses themselves are hard to parasitise, since they do no work on which another organism can free-ride. Which is why the next two lines of Swift’s poem, “And these have smaller fleas to bite ’em/And so proceed ad infinitum”, are wrong—and why, because HTVC010P itself can have no parasites, it probably really is the commonest organism on the planet.

First published in The Economist.  Also available in audio here.