Spring is time for the glorious beginning of new things. Most people celebrate it, but not the many millions who are hit with sneezing fits and itchy eyes. And things are going to get worse—not just for those who suffer from a pollen allergy, but also for those who never had allergies before.

Image by mait under CC-BY-NC-SA.

The latest studies on solar geoengineering to tackle climate change are reinforcing the case for a global governance system and further study before deployment, as they show that the approach may have little effect on preventing rainfall changes in the tropics — and may even lead to widespread drought in Africa.

Several geoengineering initiatives plan to tackle climate change by cutting incoming sunlight, through methods such as spreading reflective aerosols in the stratosphere. But without also removing carbon dioxide from the atmosphere, such plans would fail to fully mitigate change in rainfall in the tropics, a study published in Nature Geoscience suggests.

Concerns grow over effects of geoengineering,  SciDev.Net, 2 May 2013. 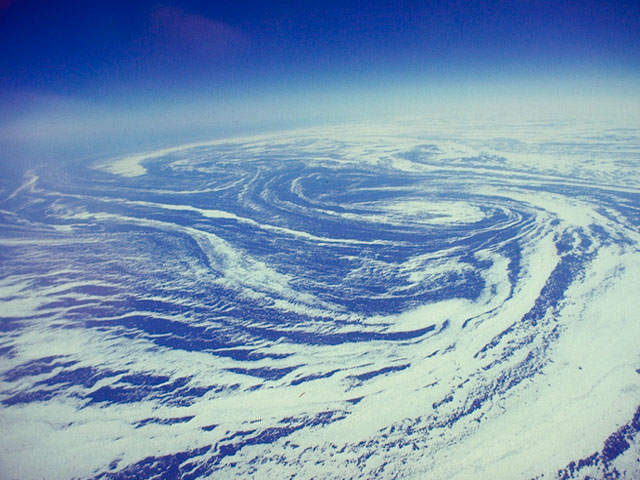 Nature has her own way of dealing with excess carbon dioxide. When human activities spew CO2 into the atmosphere, plants absorb more of it than usual, leading to profuse growth. The ocean, too, swallows more than it otherwise would. Many scientists fret that these so-called carbon sinks risk getting clogged up. Some even suggest that this has already started happening.

Ashley Ballantyne, a geologist at the University of Colorado, and colleagues are less gloomy. In a paper published recently in Nature they show that over the past 50 years Earth’s absorption of CO2 has nearly doubled. Yet they see no evidence of a slowdown in the rate at which this takes place. If the climate models suggest otherwise, the researchers argue, then the modellers must have got their sums wrong.

One reason, points out Jean-Baptiste Salée, an oceanographer with the British Antarctic Survey, might be that little is known about how exactly the CO2 is absorbed by the ocean, which quaffs more than half of the man-made stuff. There has been much speculation about this, but little hard evidence. Theory points to three main mechanisms: mixing the ocean’s surface layers (up to a few hundred metres) by wind; mixing of deeper layers by ocean currents; and eddies, swirls created when warm ocean currents meet cold ones, blending large swathes of the ocean 10-100km across. It had been assumed that most of the CO2 is captured by the surface layers, which would then be stirred by wind, distributing the carbon dioxide over a larger patch, and pulled down by ocean currents, freeing the surface layers to absorb yet more.

To test this hypothesis Dr Salée’s team examined a decade’s worth of data from thousands of robots and hundreds of ships spread across the southern hemisphere ocean, approximately between the southernmost tips of Africa, Australia and South America, and Antarctica, whose large, unbroken waters take in most of the world’s man-made CO2. Every nine days the robots dive to 2km and then slowly come up to the surface, recording the temperature, saltiness and speed of currents they encounter along the way. The robots are too small to carry the instruments needed to measure the quantity of dissolved carbon dioxide so this had to be done by researchers aboard ships.

As Dr Salée and colleagues report in in Nature Geoscience, eddies suck up as much carbon as the other two mechanisms do, something most current climate models fail to account for. Dr Salée is quick to urge that the fact that Earth’s carbon sinks seem to be running smoothly for now does not justify complacency. Just as the oceans gulp CO2, they might release vast quantities of it back into the atmosphere. More data delivered by global programmes like Argo, which operates the robot flotilla, and Climate Variability and Predictability, which runs the ships, will help researchers understand how this might occur—and make more accurate predictions about when it is likely to happen.