1. Two-thirds of the world’s mobile phones are dumb phones. Meet the company getting them online

The proportion of dumb phones is even higher in the emerging countries. Now a Singapore-based startup launched by Indian entrepreneurs is bringing the internet to such phones using simple technology that tailors services such as Twitter and Facebook to text-only functionality. They already have 17 million users in 36 countries. (6 min read)

2. India’s quest to end hunger and malnutrition with the help of a miracle crop

The problem is not that there isn’t enough food, but that those foods (rice, corn and wheat) don’t have enough nutrients. Now, 30,000 small farmers are growing pearl millets, a variety which has unusually high levels of iron and zinc. “We must re-marry agriculture and nutrition—the two have been too far away from each other for a long time,” says M.S. Swaminathan, the father of India’s Green Revolution. (12 min read)

3. The quest for a radically new form of matter

The 2011 Nobel Prize in Chemistry went to Dan Shechtman for the discovery of quasicrystals. This form of solid is in between true crystals, such as salt, and amorphous, disordered solids, such as glass. Its acceptance by the scientific community has been marred with controversy. Although developed in labs in the 1980s, their natural occurrence was only confirmed recently. It took three scientists a trip to the Russian tundra armed with Kalashinovs for defence to find a few grains that proved their existence. (20 min read)

4. There is a major flaw in the design of a growing number of hydro-electricity projects

The death of five students from Hyderabad (19 still missing) after they were washed away by the river Beas in Himachal Pradesh should serve as an alarm to the designers of the run-of-river hydro-electricity projects. Flash floods, which probably caused their death, seems to be inherent in the design of such plants. And yet, for such projects “hundreds of agreements have been signed and great stretches of rivers have been apportioned to private and public enterprises.” (4 min read)

5. This two-minute fix could reduce the large number of anaemic children born in India

More than 3 out of 4 children in India suffer from anaemia (iron deficiency) at birth. One way to reduce that number is to delay cutting the umbilical cord for a mere two minutes after the baby has been delivered. The period allows the baby to take in more blood from the placenta, but doctors have been taught by old textbooks to cut the cord as soon as possible. (5 min read)

6. 1,000 Miles of canals in Gujarat are set to be covered with solar panels

The concept is beautiful in its simplicity: take long stretches of open canals in dry, sunny terrain, and cover them with solar panels. The solar roofs prevent the evaporation of water. And the coolness of the water, in turn, will keep the panels at a more efficient operating temperature. Some logistical issues remain, but the plan is genius. (3 min read)

Chart of the Week

This chart shows the disparity between Scheduled Caste and other households in toilet ownership. Probably of greater interest is the blog Data Stories, which is run by a Delhi-based journalist and has some of the smartest data-driven stories. The chart below is a static image of an interactive map, so go check it out. 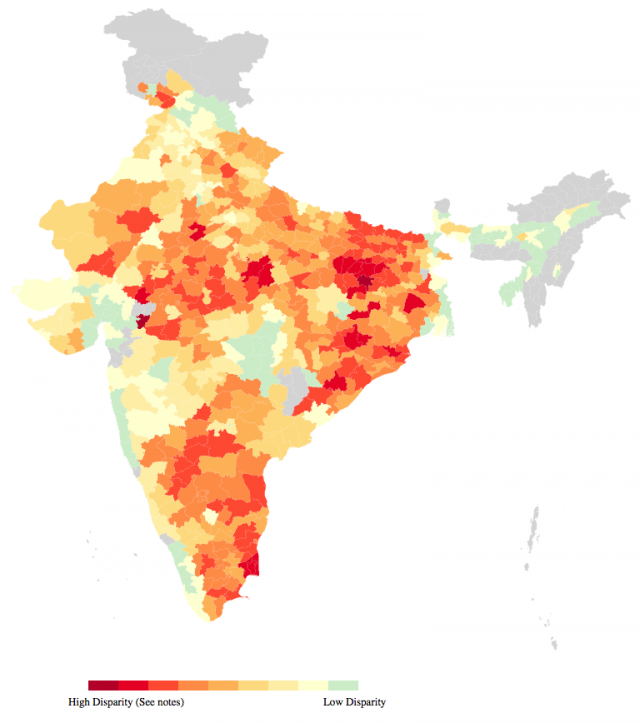 Curators Mukunth and Akshat have been brainstorming ideas to reach a bigger audience. You could make their lives easier by forwarding this to a friend. Send suggestions and feedback to curiousbends@gmail.com. Have a good week!

1. In a quiet corner in India trains are being slowed down as the population of Asiatic lions grows

The population of Asiatic lions in their only habitat in the Gir National Park has more than doubled since 1974. Their new enemies are not poachers or hunters, but trains. Six lions were run over by trains in 2013 alone. Sadly, many railroads still run through animal sanctuaries and India’s needs will force future railroads to be laid through more protected land. There is now a proposal to slow down such trains, but it is not clear how much that will help the lions. (2 min read)

The dumb phone is at centre of a revolution among one self-employed women’s group in Gujarat. These women get raw agricultural produce from farmers at market prices, process, package and sell them through the RUral DIstribution (RUDI) network of 3,000 other women. After the association overseeing this cooperative installed an SMS-based information management system, efficiencies spiked by 20% and income by 100%. (6 min read)

3. Toilets are urgently needed in rural India, but don’t expect that it will deter rapists

The horrendous incident in Uttar Pradesh is detracting attention from the real solutions to separate societal issues. Rape is a complex problem, which requires policy intervention. Toilet usage doesn’t. While the government has invested heavily in constructing toilets, its use remains dismal because of lack of education. Many families prefer to take a dump in the open even if they can afford to install a latrine back home. (8 min read)

If you think a dip in the water of Rishikesh or Haridwar will purify you of your sins, think again. You might just be gargling some bacteria with antibiotic resistant genes. A study by an IIT-Delhi professor shows how annual human confluences that pollute these venerated waters could be a hub for the exchange and distribution of these genes, giving a cultural context to a rising global ill. (4 min read)

5. The Pakistani women behind the official FIFA World Cup balls

If Ronaldo gets Brazuca—the official ball of the 2014 FIFA World Cup—to swing perfectly, it is because of the ball’s enhanced aerodynamic properties. But how likely are you to have known that it probably came from a small company in Pakistan, where they are sewed by unskilled women working? This isn’t a story of harassment but of outsourcing and its capacity to empower. (5 min read)

6. How Indian might be shaping rules to deal with international patents

Developments in India are leading to “a worldwide deteriorating trend on intellectual property,” according to a senior counsel for US pharmaceutical firm Pfizer. Does he think India is the leader of a pack? Possibly, as Brazil and Argentina have started to pay attention to an Indian law that refuses to patent drugs which have seen only incremental improvement. They must have noticed it keeps prices down and the pharma lobby on the edge of its broad seat. (3 min read)

“From 1980-2007, only 15% of hurricanes, typhoons, and the like troubled the residents of low-income countries, but 68% of people killed by these systems died in poorer nations.” What these numbers tells us is that climate change is going to be more unfair to poorer people. The chart shows the vulnerability of countries to climate change. See how very vulnerable are developing nations clustered near the the equator, where climate change effects are typically more intense. More on Vox. 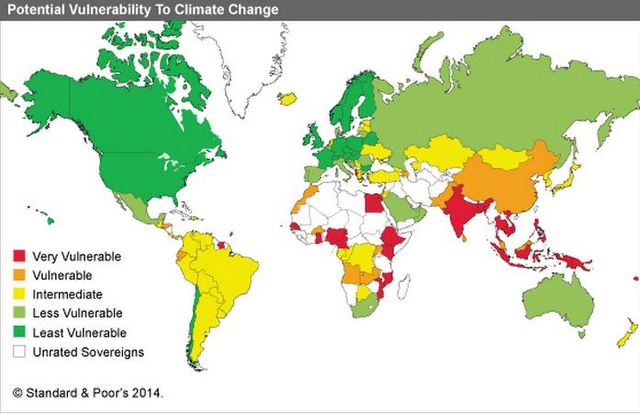 Email curiousbends@gmail.com with story suggestions or feedback. For more such stories, find curators Mukunth and Akshat on Twitter.