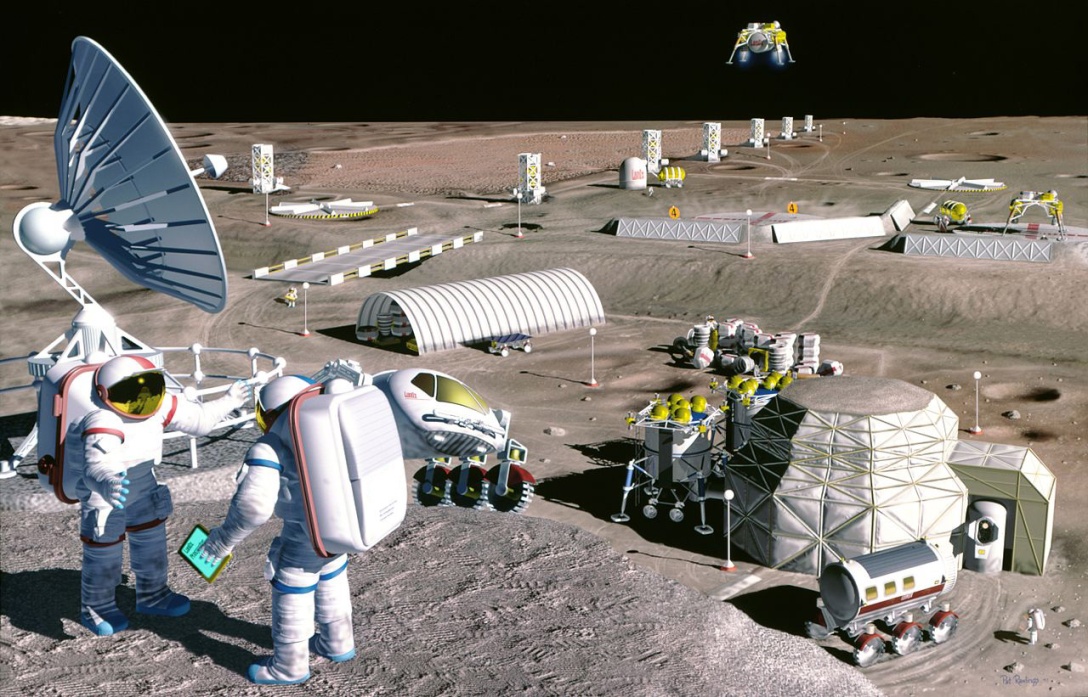 For enthusiasts of space travel, the bad news keeps coming. A new study, just published in Science Advances, finds that the smartest humans who will be chosen to go to Mars may not remain smart by the time they reach their destination (if at all they do).

We have known for a long time that leaving our cushy planet is fraught with problems. Space may be largely empty, but it’s filled up with invisible charged particles traveling at nearly the speed of light. Earth’s magnetic field deflects these particles, but space travelers will inevitably be exposed to such radiation. And the new study predicts that it will cause rapid and permanent damage to the brain.

The launch of India’s spacecraft to Mars should not come as a surprise. Five years ago, the country sent a mission to the Moon. And going ahead, the Indian Space Research Organisation (ISRO) has bolder aims. In 2015, it plans to send a probe to Venus and then another to the Sun. A reusable launch vehicle is already in the works, something that NASA is letting SpaceX develop. These achievements, however, haven’t stopped detractors from asking why India is doing this when a third of its people live below the international poverty line.

Astronomers have for the first time detected ice and organic compounds on an asteroid, a pair of landmark studies.

The discovery bolsters the theory that comets and asteroids crashing into Earth nearly four billion years ago seeded the planet with water and carbon-based molecules, both essential ingredients for life.

Working separately, two teams of scientists using NASA’s Infrared Telescope Facility in Hawaii found that the 24 Themis, which orbits the Sun between Mars and Jupiter, is literally covered in a thin coating of frost.

It had long been suspected that the massive space rocks that bombarded our planet after the formation of the solar system contained frozen water, but the two studies, published in Nature, provide the first hard evidence.

Still, a mystery remained: How could frozen water persist over billions of years on an asteroid hot enough to vapourise surface ice?

Only if that layer of frost were continually replenished by the slow release of water vapour released from ice in the asteroid’s interior, the researchers reasoned.

In other words, 24 Themis some 200 kilometres (125 miles) in diameter almost certainly contains far more water locked in its minerals than anyone suspected.

This article has many flaws. At the very outset, the headline itself is misleading. Unfortunately the piece has fallen to the common temptation of sensationalising the news with an unholy bargain of the truth. Unlike what the headline implies, the asteroid Themis 24 is very much a solid mass covered with a thin layer of ice and not wholly made out of ice. If you want a sensational title, isn’t it good enough to just say “Asteroids likely source of water on Earth”?

Secondly, the article has been sadly stripped of so many important data points that it fails to make the point. For example, when asking the question “How could frozen water persist over billions of years on an asteroid hot enough to vapourise surface ice?” the writer gives no background to the reader about why is it hot enough to vaporise the surface ice. If the piece of rock is in between Mars and Jupiter then a common man would assume that the surface temperature compared to the Earth (which is much closer to the sun) would be lower. Thus, if Earth can have surface ice, then why can’t an asteroid? Although this logic is flawed in itself, it raises many more questions in a reader’s mind such as, is it because the asteroid has no atmosphere? or is it because it travels at a greater speed than earth? and so on. Also, the mystery question is wrongly posed as it should be ‘millions’ (what authors claim by their modelling) instead of ‘billions‘.

Thirdly, there is no mention of the timeline in any of the Nature articles and points to the classic error of ‘making up information’ for the sake of it. I suppose that the writer has come to a conclusion (if at all he has given this article any thought) that first sign of life was seen 3.5 billion years ago thus obviously, water would have come to Earth sometime before that. Thus, the use of “nearly four billion years ago.”

Fourthly, “Only if that layer of frost were continually replenished by the slow release of water vapour released from ice in the asteroid’s interior, the researchers reasoned.” This sentence will only confuse the readers ever more. Why does the ice in the interior of the asteroid sublime only to deposit back as frost on the surface? The more probable reason, as mentioned by the researchers, is ‘impact gardening’ which is the phenomenon of small bodies hitting the surface of the asteroid and churning up the subsurface ice. The impact might also be able to trigger the sublimation of subsurface ice, the authors believe. There is no mention of that in this article!

Finally, “24 Themis — some 200 kilometres (125 miles) in diameter — almost certainly contains far more water locked in its minerals than anyone suspected” is absolutely wrong. Humberto et. al clearly mention that “Although many asteroids show absorptions in this region, they are well matched by hydrated minerals. The spectral features of 24 Themis are significantly different from those in other asteroids and we show that it is accurately matched by small ice particles.” The point the authors make is exactly opposite. There isn’t hydrated minerals or ‘high concentration hydrated minerals’ that the authors observe but water in it’s free form as small ice particles.

As science writers we have the responsibility to communicate science correctly and such obvious mistakes will only create more doubts and lead the readers astray.