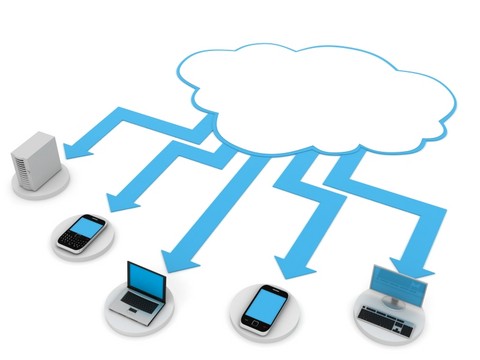 As more people use “cloud computing” services like webmail and do word-processing via a browser, software makers fret that today’s software piracy will migrate to the cloud too. The Business Software Alliance (BSA), a trade group, this month released a survey that emphasises that 30% of users in rich countries and 45% in poor ones have a “likelihood of sharing log-in credentials for paid services.” It is “a worrisome new avenue for software licence abuse,” says the BSA’s boss, Robert Holleyman.

Yet the closer one looks at the BSA’s study, the murkier such conclusions become.

Take the dramatic figures above. It is not quite so bad. The percentages come from a question in which people were asked if they had ever shared their log-in details for paid services. Some 15% of people in rich countries and 34% in poor countries said they had for personal use. For business use, it was 30% and 45% respectively. The larger figures amplify the BSA’s point, but they are not necessarily the most accurate.

Moreover the respondents were only those who had paid for cloud services, which was a fraction of users. Cloud services are generally based on a “freemium” model, whereby basic use costs nothing and a premium version is paid for. According to the BSA’s own data, only half of computer users tap cloud services, of which only one-third use it for business, of which two-thirds pay. Of the small subset that remain, the minority share log-ins.

This changes things considerably. If the BSA figures were adjusted for all this, the potential piracy figures could be as low as between 2% and 6% of users—as much as 20 times less than the group claims. (The BSA’s data is online here.)

Worse, the BSA and Ipsos Public Affairs, who conducted the survey, didn’t think to ask or examine whether sharing log-in details violated the terms of service. It may very well be the contrary: that the service had communal uses as a feature. Mr Holleyman bends over backwards to acknowledge as much on a blog post. Yet the overall impression that the BSA gives is that cloud users are poised to rob firms of their rightful revenue.

There are other anomalies. The BSA only considered PC use, when many people use cloud services over tablets and mobile phones, especially in poor places. And the survey, of 14,702 people in 33 countries, presumes to speak with confidence about the “developing” world but not a single African country is represented—an odd omission, since it is a fast growing market.

The annual BSA piracy study released this year in May estimated losses to the PC software industry in 2011 of $63 billion. That princely sum would make software piracy the 66th largest economy in the world, worth more than Syria and Croatia. The BSA reaches that amount by multiplying the estimated number of computers containing pirated software with the retail price of the software.

It is a specious way of calculating piracy (as we explored in an article in 2005 entitled “BSA or just BS?”). Many people would not buy the product at the expensive retail price. That’s why they steal it, after all. Still, the BSA’s dubious figures influence public policy. Mr Holleyman was invited to testify at a congressional hearing on July 25th on cloud computing, where his prepared remarks specifically cited “credential sharing” as a piracy challenge.

Be it in the cloud or back down on Earth, software piracy is theft and is wrong. The crime should be prosecuted and technically prevented as much as possible. But the way we think about the extent of the problem must be grounded in reality. Anything less is wrong too.