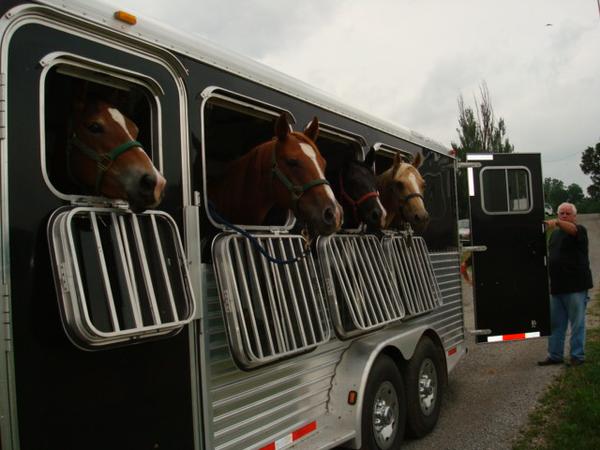 Britain has won its first Olympic gold medal in show jumping in 60 years. But that isn’t the only thing that British horse movers are celebrating. Their business is booming, too. Hundreds of horses have been brought to London for the Olympics, many from thousands of miles away. In such elite competitions, horses need to perform at their peak. So every care is taken to help them not fall sick from the travelling.

A round trip from America to Britain can cost anywhere from £8,000 ($12,500) to £14,000 for a single horse. But that’s not all that it takes. A horse needs a passport, too: one that lacks a photo, but has vaccination details and identification marks, such as a white spot on the left ear. Owners must also get health certificates and export licences for the horse, which can take months.

Falling costs of air transport have meant that horses rarely get sent on ships anymore. Air travel makes the horses’ lives easier, and keeps their owners and jockeys happy. When the cargo is a horse, pilots take extra precaution such as taking off at a lower angle and taxiing gently, to ensure that the horse doesn’t topple off.

But such air freight carriers don’t operate at all terminals. An American horse coming to London flies in from New York to Amsterdam first. There she takes an overnight halt in a stable, because a well-rested horse is less likely to fall sick, says John Parker, the owner of a British equine transport firm. The next day, she gets a ride on a plush lorry, which either crosses the English Channel on a ferry, or goes through the Eurotunnel. The tunnel cuts down the crossing time by an hour, for which most customers happily shell out extra money. All through the journey, the horses have grooms to take care of them. The carriers are kept extremely clean to minimise travel sickness. Water and hay is kept in plentiful supply.

From the likes of this, it may seem that horses are getting better treatment than many Olympic athletes—at least on their way to Britain and back.