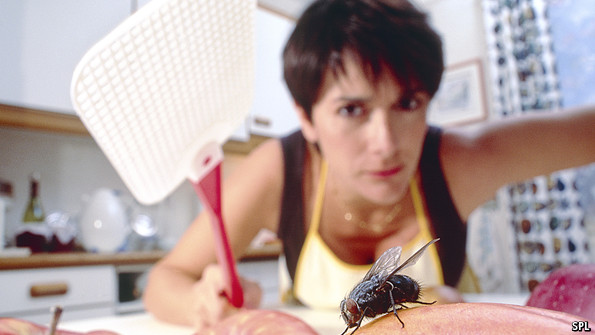 FLIES live shorter lives than elephants. Of that there is no doubt. But from a fly’s point of view, does its life actually seem that much shorter? This, in essence, was the question asked by Kevin Healy of Trinity College, Dublin, in a paper just published in Animal Behaviour. His answer is, possibly not. 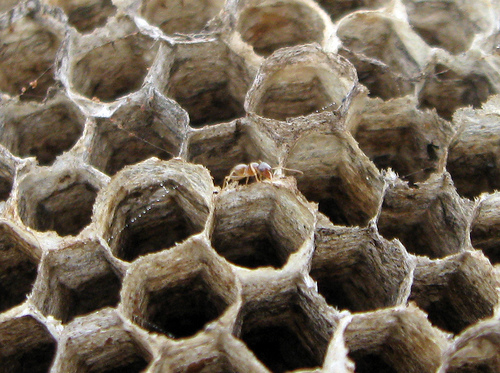 “Viewed as a geometric figure, the ant’s path is irregular, complex, and hard to describe,” wrote Herbert Simon, an American psychologist. But, he added, this is really down to a “complexity in the surface of the beach, not the complexity in the ant”. Or is it?

Ants have the animal kingdom’s biggest brains, relative to their bodies. Brains account for up to 15% of an ant’s total mass in some species (humans weigh in at a meagre 2%). This goes some way to explaining their uncanny knack for finding their way back home from foraging forays. But entomologists have, like Simon, long believed that this apparently complex behaviour is the result of sticking to a handful of simple rules. Ants keep track of distance (for example with an internal pedometer) and direction (based on the position of the sun or scent, of pheromones, for example). If they lose it, they switch to a second startegy and move in a spiral around a centre they think is the nest. If the nest is not found in the first one, then the ant increases the radius and tries another.

Now Antoine Wystrach, of the University of Sussex, proposes that there is more to ants than mindless adherence to simple instincts. As he and his colleagues report in the Proceedings of the Royal Society, at least one species of ant appears to display some hallmarks of intelligence: the ability to integrate different strategies based on experience.

Dr Wystrach captured Melophorus bagoti ants just before they reached their nests after a foraging trip and shunted them into straight tubes which led to random spots about 50 metres away. On exiting the tube, the ants invariably turned around and headed straight back in the direction of the nest. They could not be following the pheromone trail, as that was enclosed in the tube. Nor were they using visual cues: they appeared to backtrack just as well with with their eyes closed. (Cruel as it may sound, the researchers used an opaque paint to cover ants’ eyes.) In other words, the ants appeared to have some sort of internal compass.

Oddly, ants do not always use this device. When Dr Wystrach put ants into the tube when they were farther than two metres away from their nest, however, they used the two basic methods to find home. But when he repeated the procedure, but dropped the ants close to the nest for a few seconds before setting them down the tube, they backtracked just as they had in the first experiment. Backtracking, in other words, appeared to be triggered only when ants possessed a recent memory of their nest. Complexity in the ant, it seems, is a tad greater than Simon would have allowed. 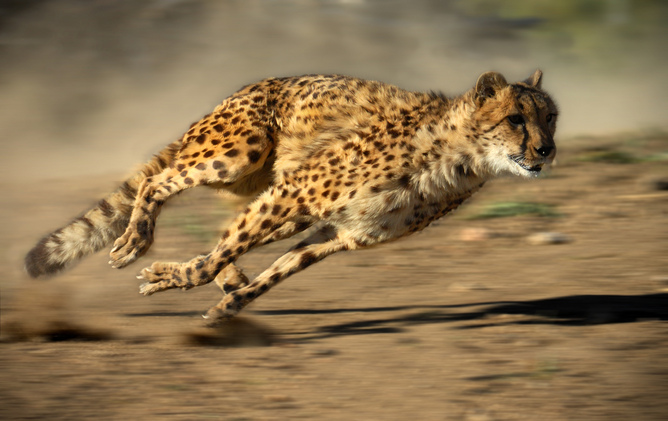 Researchers have used gadget-laden collars to record cheetahs’ movements in the wild. They found that cheetahs succeed not because it is the fastest animal on land, but because of its incredible acceleration and unmatched turning speeds.

Most of what we know about cheetahs in the wild is based on direct observation, or through videos from remote cameras. This limits our understanding of cheetahs to open habitats and daytime. Alan Wilson at the University of London’s Royal Veterinary College wanted to study cheetahs better.

Over the past ten years, Wilson and his team have been perfecting devices to study the locomotion of animals. For cheetahs, they assembled a collar that carries a GPS to record location data, an accelerometer to measure speed, a gyroscope to understand angular motion, and a magnetometer to make location data more accurate, which it does by measuring tiny changes in Earth’s magnetic field. The data were transmitted back to the researchers in real time through radio.

“The key development,” Wilson said, “was to pack all that in a low-power device”. The collar relies only on solar cells for recharging, but carries a battery in case of failure.

After tracking 367 runs by five cheetahs in the wild, Wilson found many surprising results.

First, the top speed of most cheetah hunts is on average half the “record speed”. That record speed is 102 km per hour, and was noted in 1965 (though not published until 1997), by a veterinary surgeon in Kenya.

The average length of a cheetah’s hunt was about 180 meters. Instead, on average, cheetahs covered about six kilometers every day. With only two hunts made every three days, high speed runs make for only a tiny fraction of a cheetah’s daily routine.

Second, he found that cheetahs can successfully hunt in all terrains, not just open fields. The run data were overlaid on Google Earth to visualise the landscape the cheetahs were operating in. This showed that only 20% of chases in open fields were successful, compared to 31% in dense cover. Wilson thinks that dense cover, such as trees, might give cheetahs vantage points that open fields cannot.

Third, cheetahs can decelerate faster than they can accelerate, much as sports cars with powerful engines need beefed-up brakes. While both these processes require different sets of muscles and depend on different conditions, the rates of acceleration and deceleration beat those of any other land-dwelling animal. Based on the recorded data, Wilson calculates that the muscle power output of cheetahs is about four times that of Usain Bolt, three times that of polo horses, and nearly double that of greyhounds.

The top speed of a cheetah hunt had no correlation to the successful outcome of the hunt. Instead, Wilson found that success depended more on how fast the cheetah could slow down, rather than on how fast it could speed up. It is this last phase of a hunt that was critical for success, where the cheetah slows down. When these two observations are put together, Wilson thinks that it seems cheetahs don’t abandon hunts early to save energy or reduce risk of injury.

Finally, cheetahs are not built to be able to turn at their highest speed. In an artificial setting, which astronauts and fighter pilots are put into for training, the force felt by a cheetah trying to turn around at top speed could knock it unconscious. Instead they use their ability to slow down and their ridged footpads and claws to grip the ground well enough to turn quickly.

The results of Wilson’s work are published in the journal Nature today. Craig McGowan at the University of Idaho, an expert in understanding animal locomotion who was not involved in this, was impressed by Wilson’s work. “This research has been able to collect a huge amount of data from animals behaving naturally in their environment. No other dataset of this kind exists,” he said.

Roger Kram at the University of Colorado, Boulder, another biomechanics expert who was not involved in the study, said, “The technology used is absolutely fantastic. Most people studying biomechanics of running do so in labs. I’d like to see this technology applied to prey, such as impala and Thomson’s gazelle.”

Wilson is keen to see the technology used widely. “My aim is not to commercialise this. We’ve revealed all the technology and methods in our paper,” he said. His team has already started using it on lions and wild dogs.

This story made it to the front page of Reddit and Digg, receiving over 130,000 views in two days.