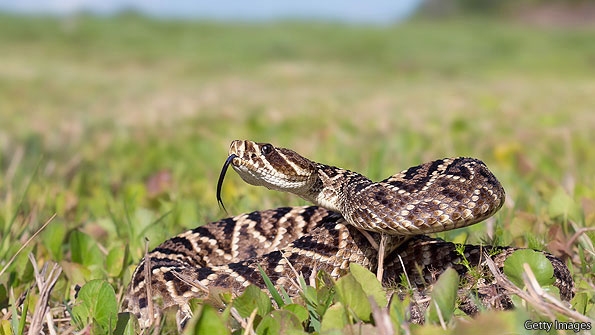 Most of what is written in a newspaper on a daily basis makes no difference to the life of  the people on the streets. Indeed some have even argued that news is actually bad for you

That, though, doesn’t stop people from engaging with news. And, despite the struggles of the news industry, more people read news today than they did when the internet did not exist. This should not be surprising, because the price to read even quality writing has plummeted.

This, Dan Vergano of USA today, finds to be a problem. He feels that science journalists should instead focus on aspects of the news that should matter to people, such as “whether Iran really will have the bomb, whether Quantitative Easing will spark inflation or whether Peak Oil is a real concern”. Dan thinks in these dark times science journalists have formed a ghetto and that is hurting readers, who deserve better.

I’m sympathetic to some of the points raised. But, even though I’m new to the business of news, I can see some clear problems in Dan’s arguments. (Many of those have been pointed out in these comments).

For example, Dan should be addressing editors, rather than reporters. After all editors are the gatekeepers of news. But because he doesn’t make that clear, a lot of reporters have felt compelled to answer Dan. And rightly so.

There is also a problem with treating the news audience as Dan does. The nebulous idea of a reader who likes politics, sports, science, health and everything else on the news menu is just wrong. When the only way to find out who read your work was through expensive surveys conducted once every year, it made sense to assume such a reader to be your audience. Today, though, that is not true. (Perhaps not accepting that fact is the bane of a good business model to fund journalism).

Third, and this is the reason I was compelled to write this post, is that few journalists outside Dan’s “ghetto” understand the importance of science in the news. That though doesn’t stop readers from devouring science news. The fact is that science news, at least that written well, evokes a sense of wonder among readers. And few in the business of news really understand the value of that.

Our sense of wonder, as Jesse Prinz aruges in a beautiful essay, may not have evolved out of any purpose but has been the source of the impetus behind humanity’s greatest achievements. Readers of science news may not always be able to put it such eloquent words as Prinz has done, but deep inside they connect with that feeling.

Three things usually appeal to our sense of wonder: art, science and religion. Religion is newsworthy, but not for its aspects that cause wonder. And perhaps art journalists (if they even exist today) have more to complain than science journalists when it comes to being featured in the news.

This is one reason that The Economist’s readers time and again vote for the science and technology pages as their favourite in the weekly newspaper. Apart from that, I don’t have numbers to back me here but I’m willing to bet that, in those expensive annual surveys (some of which still happen) if the right questions are asked, readers will say that they love reading about science because it is wonderful.

As the world has got richer, and that it has despite the recession, and technologies like the internet has left a little more time at hand, it shouldn’t be surprising that more of us are feeding our innate curiosities. I have a feeling that despite the many problems that the world faces today, we might be living in a golden age. A different kind of enlightenment, if you will, where, not just the rich few understand and investigate the workings of the world, but the masses do so too.

Science and the news that it creates, even in its current shape, I contend is fuelling that age.